The ongoing eurozone crisis is certainly putting Europe on the world map – although for all the wrong reasons.

And yet many European businesses are still more likely to seek regional opportunities rather than emerging markets – from full corporate migrations or inversions to setting up a regional hub, offshoring support services to setting up an offshore intellectual property (IP) management vehicle. 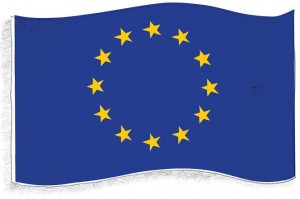 So this year, our updated is bigger, better and packed with 26 country profiles. If you are considering a big step, such as expanding or relocating overseas, then please contact a Grant Thornton adviser in your country. But for a quick overview, here is a summary of 10 popular countries to relocate to in Europe:

The commercial benefits of being located at the heart of Europe, a good IP regime for patents and a very attractive financing system (with notional interest deductions) means Belgium is often used, particularly as an IP holding company location.

Widely used for investment into Russia and Central Europe owing to a strong treaty network, Cyprus is increasingly used for service companies, including the financial services sector, attracted by a 10% corporate tax rate, simple regime, and relatively low cost.

A relatively new holding company location destination, Hungary is ideal for accessing other Eastern European countries. It also has a straightforward tax system, a low overall tax rate and a good IP regime, which can result in such income being taxed at five per cent.

Ireland is a popular location for holding and IP holding companies, particularly with a wealth of skilled workers in the technology and pharmaceutical sectors. It also has a flexible tax system, low corporate tax rates of 12.5% for active trades, and a good IP regime.

Pre-eminent within the finance sector, it is a common holding company location and is often used as a treasury/financing location. Advance agreements with the tax authorities are possible whereby Luxembourg only taxes a small spread on financing flows.

A relatively low cost of living combined with a good quality workforce makes Malta a popular jurisdiction for service companies. If structured correctly, corporate tax rates of less than five per cent are achievable.

Once widely regarded as the holding location of choice, its regime is perhaps not as competitive as a decade ago. With an excellent treaty network and a flexible tax system, the Netherlands still remains popular as a holding company location, and is widely used by service, trading and logistics groups.

With access to a sophisticated workforce, Switzerland is widely used as an entrepreneurial hub, especially in the food and drink, pharmaceutical and financial services sectors. Although expensive, with a complex tax regime, overall corporate taxes can be low.

While the complexity of the tax regime is a deterrent for many, US multinationals in particular continue to use the UK as a holding company structure – this is driven by commercial factors, particularly relative ease of set-up, language factors and communication links.