The end of the commodity supercycle has had a profound effect on Latin America. For a decade or more, regional economies grew principally by selling their primary commodities to China and other rapidly developing markets in Asia. The financial crisis saw economies across Latin America stall – and even contract sharply in the case of Mexico due to its close economic ties with the United States – but the recovery was swift with the region posting some of the fastest growth rates in the world. In 2010, Brazil grew by 7.5% in 2010, Peru and Uruguay by 8.4% and Argentina by 9.1%. 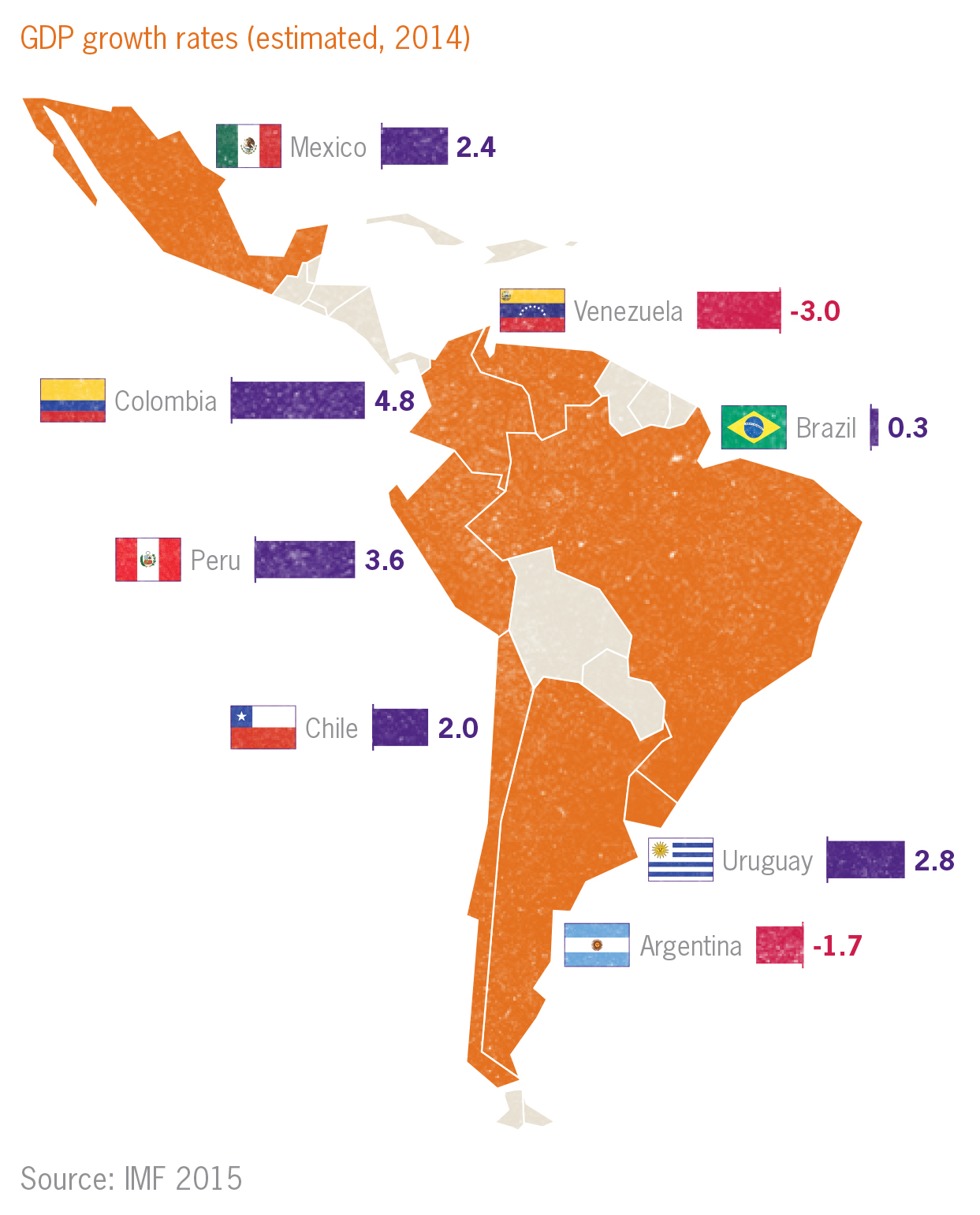 However 2010 proved to be something of a highpoint for the region with developments since markedly less encouraging, especially in the more inward-looking Atlantic economies, such as Argentina, Brazil and Venezuela. In 2014, Argentina, which defaulted on a sovereign debt repayment and remains gripped by political protest and investment inertia ahead of the elections later this year, contracted by an estimated 1.7%. Venezuela, where the fall in the oil price has cut a gaping hole in the government budget even as businesses and consumers struggle with exchange and price controls, fared even worse, shrinking by an estimated 3.0%.

Brazil, which accounts for around 40% of regional output also had a tough 2014. Despite hosting a relatively successful FIFA World Cup (off the pitch, at least) the economy grew by just 0.3% in 2014 and while Dilma Rousseff was re-elected, she gained only 51.6% of the vote, the tightest victory in electoral history, and lost heavily in the most productive states such as Sao Paulo. If each Brazilian state was weighted by GDP (as opposed to population), her challenger, Aécio Neves would have taken 53% of the vote. 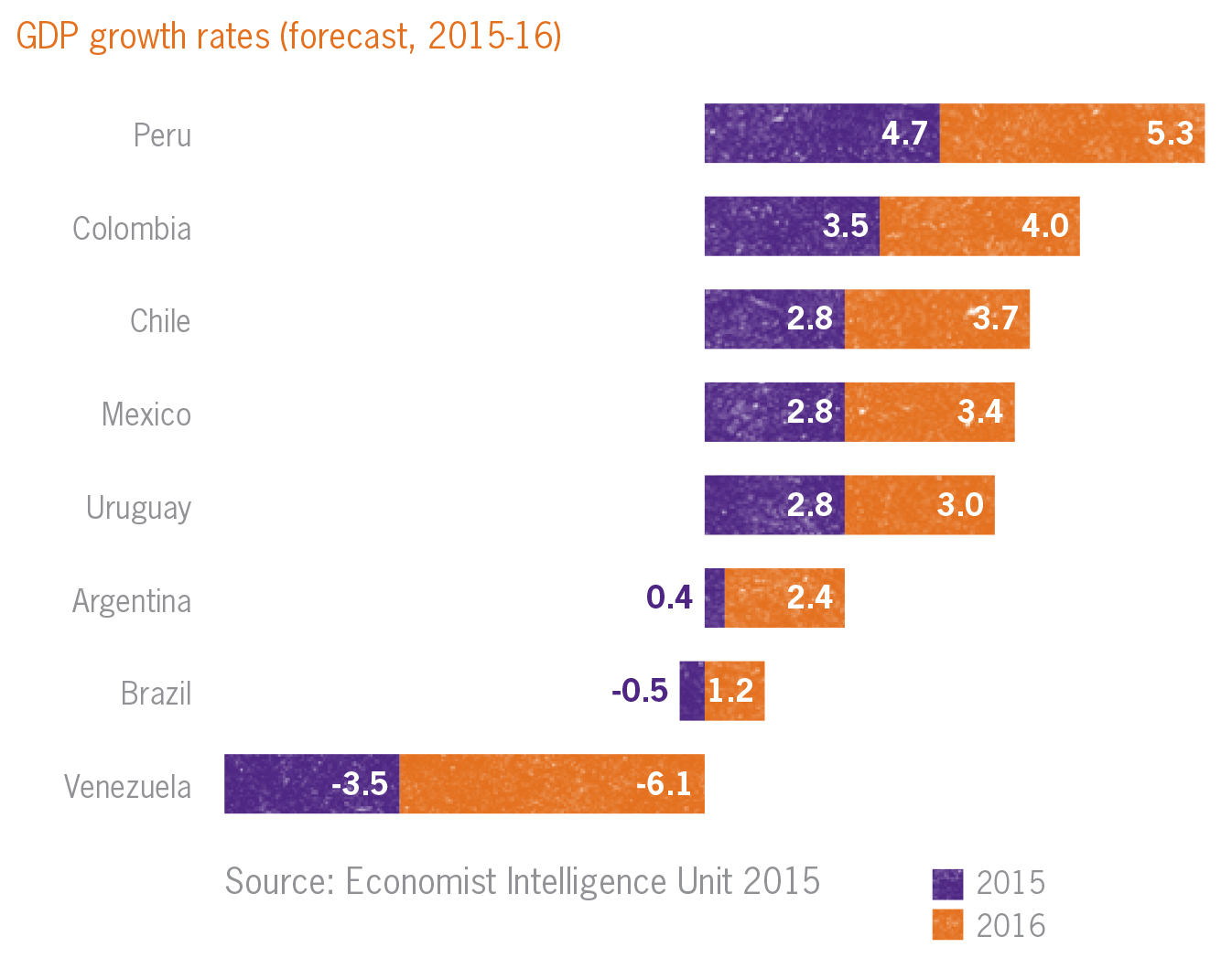 Latin America’s Pacific economies fared better in 2014, although they too suffered from the regional slowdown. Mexico has embarked on an ambitious raft of reforms with the aim of opening sectors such as education, energy and telecoms up to further competition. The economy grew by just 2.4% in 2014 but the hope is that the reform programme will raise long-term growth potential. Chile (2.0%) and Peru (3.6%) saw growth slip in 2014 due to the slide in global copper and gold prices driven by slowing demand from China. Growth rates in Colombia (4.8%) continue to impress and government talks with the FARC guerrilla group appear to be progressing well.

Tellingly, the Pacific economies have made greater strides towards embracing globalisation. Not only have Chile, Peru, Colombia, and Mexico formed the Alianza del Pacífico (the Pacific Alliance), a trade bloc that seeks to advance economic integration, free trade and free markets, but they (excluding Colombia) are also involved in ongoing negotiations regarding the Trans Pacific Partnership (TPP). Mexico alone has 11 free trade agreements covering 43 economies.