In the years leading up to the financial crisis, investors from developed economies poured money into emerging economies looking for big returns in the world's fastest growing markets. But now investment is increasingly flowing from 'East' to 'West' as emerging markets slow, boosting the growth prospects of real estate and construction (REC) businesses in Europe and North America.

New figures from UNCTAD (UN Conference on Trade and Development) show flows of Foreign Direct Investment (FDI) from emerging economies hitting a record $484bn in 2014, up 30% from the previous year. More than US$260bn of investment came from China (including Hong Kong) placing it second in the global league table behind only the United States. As a whole, developing Asia accounted for $440bn in outbound investment in 2014, overtaking North America and Europe, making it the world’s largest (regional) source of FDI. 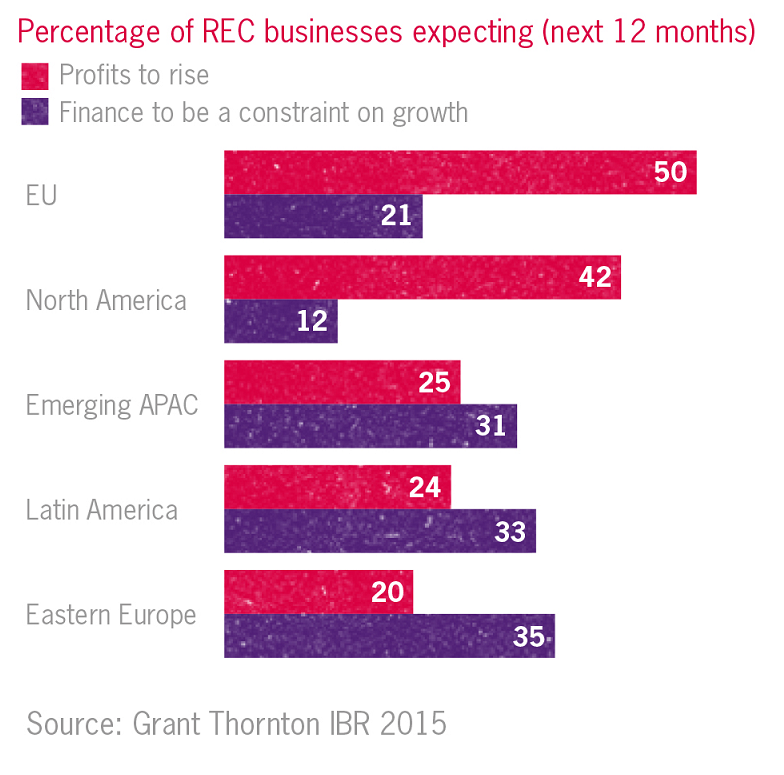 Aside from emerging economies increasingly becoming rivals to their counterparts in developed economies, this data is another indication of where opportunities for global growth lie at the moment. Brazil and Russia have slowed sharply; China is in the middle of a managed slowdown in which investment is supposed to be superseded by consumption. Meanwhile, the UK and US are growing robustly and the Eurozone appears to be on the road to recovery.

Consequently we see REC businesses with low expectations of profitability growth in Eastern Europe (20%), Latin America (24%) and emerging APAC (25%), well below the global average (34%). By contrast, those in Europe (50%) and North America (42%) are much more buoyant. The influx of foreign capital is undoubtedly helping: just 12% of North American businesses and 21% of their European counterparts are struggling with access to finance, compared with a third of those in emerging economies.

An expectation that the US Federal Reserve will raise interest rates sooner rather than later is also sucking money away from emerging economies. For stable markets that are attracting foreign investment, a strengthening of the US dollar (or weakening of their own currency) should mean they are even more attractive to foreign investors, boosting growth prospects. For those currently less attractive to FDI (often due to a soft local economy or political environment) it will likely mean further woes.

That said, the US rate rise is expected to be modest and overall rates will remain low for some time, so no swift changes in the performance of the sector as a reaction to this is expected. It has also been well signalled, so businesses should have the opportunity to hedge against the forex risk - although those that don’t may regret it.

For REC business leaders in developed markets, growth prospects look very healthy, with demand strong and funding available. But emerging economy businesses should not despair: the lack of FDI coming in should stimulate domestic investment in preference to more expensive offshore options.