Ed Nusbaum appointed to a second term as global CE 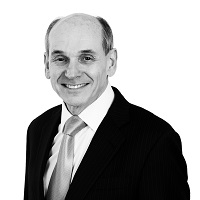 Ed Nusbaum has been appointed for a second term as global CEO of Grant Thornton, it was announced today.

“I am honoured and look forward to working alongside our 38,500 people in 120 countries in our continued mission to provide quality services, thought leadership in the profession, and help our clients and people unlock their potential for growth,” said Nusbaum.

The Grant Thornton Board of governors voted unanimously for the reappointment for a further term of three years. He will continue in the role until December 2017.

Ed Nusbaum was appointed global CEO in January 2010.  In 2012, the global organisation grew at a 10.4% rate, faster than its major global competitors and for the first time was named International Accounting Bulletin’s Network of the Year.  This last December Grant Thornton announced 2013 global revenue growth of 8.1%, leading the global accounting organisations for a second straight year, as revenues grew to US$4.5 billion.

Prior to his role as global CEO, he served as CEO of Grant Thornton US from 2001-2010 during which time the firm tripled revenues and workforce, growing faster than any other US national accounting firm during this period.

Ed studied accounting at the Ohio State University, received a Masters of Science in Management from Purdue University and then started his career with Grant Thornton.  He held numerous roles while with the US firm prior to being named US CEO, including running the Philadelphia office and the firm’s professional standards group.  He currently sits on the Financial Accounting Foundation and the Global CEO group, comprised of CEOs from the six largest global accounting organisations.